Thinking about memorials and participation 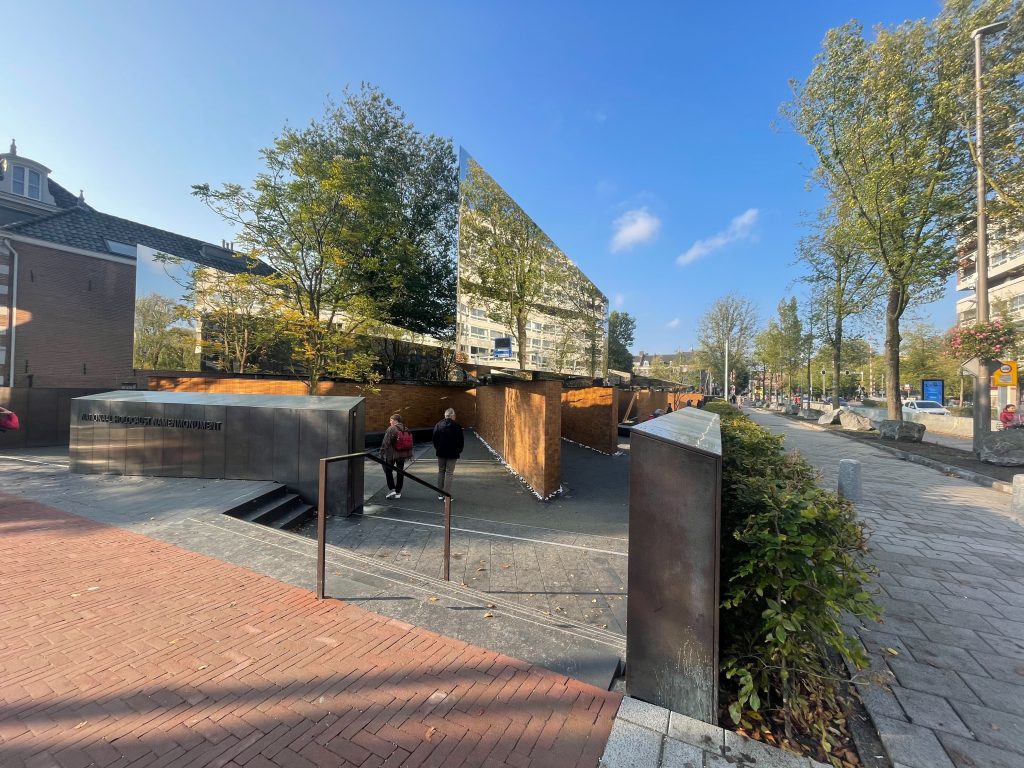 The idea of this blog is to give a glimpse of my research topic. As part of the Working Package 2 – Democratization, I study the involvement of citizens and other stakeholders ﻿in the creation of memorials in public spaces.

Proposals for memorials keep growing, due to shifts in political power, changes in the urban fabric, transformations in collective identities and the desire to commemorate stories that have been overlooked or do not fit into dominant narratives. In the contemporary context, the actors involved in the creation of memorials have also changed. In some countries, the democratization of urban planning translated into a call for greater public involvement. Consequently, ordinary citizens, civil society organizations and grassroots movements are gaining a more prominent role in defining how things are remembered (Gurler and Ozer 2013) . This can be observed in demands for memorials to relatively recent events or memorials that address stories and testimonies of minorities and marginalized groups.

Although memorials are still often statues, there has been a significant diversification of memorial’s forms and aesthetics (Doss 2010). New memorials can be large, costly, integrated within landscape settings, designed by world-leading architects and visited by tourists. They can be constructed in public parks, significant squares, far from the city center or in a prominent place in the city (Stevens 2009; Stevens and Surmatojo 2015). ﻿Moreover, the responsibility for approving new memorials, and in particular proposals for larger structures, is often decentralized (McShane 2012), involving different government levels and departments (e.g., arts and culture, urban planning, management of public spaces, parks and environment, project engineering and project management).

So, what’s the problem?

The events that memorials commemorate are not always celebratory or consensual, and decisions about the size of a planned memorial, its subject, design and location are often emotional, subject to political influence, and involve actors with different perspectives. In the last few years, a number of memorials have been the object of conflicts over what may be displayed in the public space, who decides about it and whose responsibility it is. Yet, it is striking just how little attention these dynamics receive.

Case study: Creating a memorial through the participatory budgeting[1]

In 2016, the Lisbon-based association of African descendants DJASS started a campaign to have a memorial to enslaved Africans built in Lisbon. This move followed decades of state reluctance to officially acknowledge the role of Portugal in the slave trade, let alone commemorate it (Araujo 2020; Lanca 2019; Chuva and Peixoto 2021). In 2017, the association applied to Lisbon’s participatory budgeting programme to receive an allocation of 100 thousand euros to build the memorial. The proposal obtained a total of 1,176 votes[2], placing it eighth among the 15 projects approved that year. Usually, the implementation of winning PB projects is the responsibility of the municipal government, but in this case the initiators took the lead in designing and implementing the project. In consultation with an ad hoc Steering Group, the association defined a conceptual foundation for the site and invited three artists of African descent to participate in a competition to present ideas. Between December 2019 and February 2020, the association held six public voting sessions to decide upon the design and, in March 2020, the project “Plantation” by the Angolan artist Kiluanji Kia Henda, was announced as the winner with 77 votes. The memorial was conceived to have the form of a sugarcane plantation, made of 540 black aluminum stakes, each one four meters high.

What memorials can teach us about participation?

The use of participatory tools were, however, not enough to avoid contestation. Recently, the plans for the memorial became the object of a heated debate that is still ongoing.  In July 2021, two activists started an online petition objecting to the the selected design, which gathered 258 signatures up to now, and started to organize online debates ﻿to foster adhesion to their cause. Whilst many residents of Lisbon welcomed the initiative, believing that it would break with a persistent colonial narrative in the urban space, its opponents argue that the depiction of a sugarcane plantation is inadequate and undignified.

The way in which the ﻿architectural language of the memorial has been contested gives an insight into the challenges ofincorporating different (and often conflicting) perspectives into one single piece. This is just one example out of many that illustrates how processes of memorialization are emotionally charged, marked by disagreements, passionate debates and contestation. Having said that, one of our challenges, as heritage scholars and professionals, is to find productive ways of dealing with these disagreements and sensitivities.

[1] “Participatory Budget” refers to a process of democratic deliberation and a policymaking that directly involves citizens in budgeting decisions. Participatory budgeting allows citizens to identify, discuss, and prioritize public spending projects, and gives them the power to decide on how a percentage of the city budget is spent.