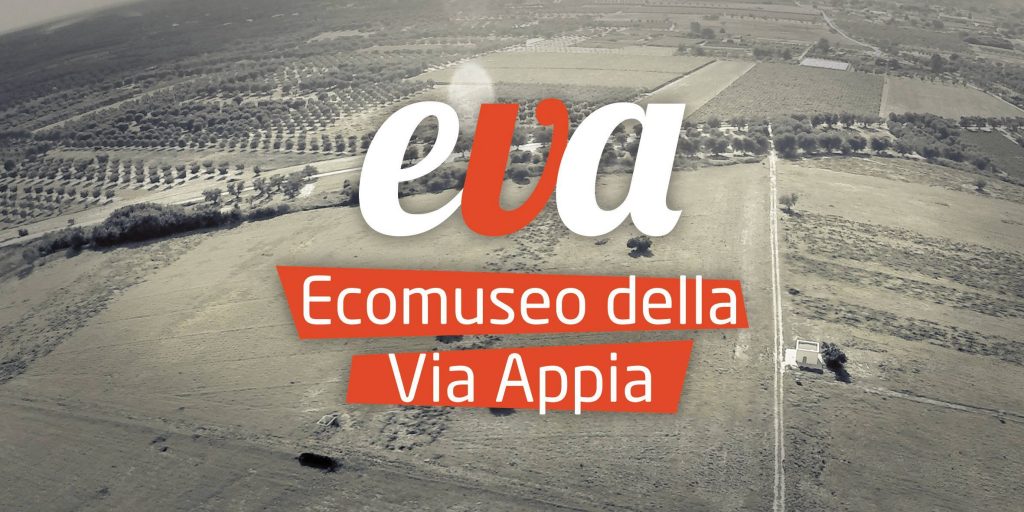 As in nearly all sectors of society, citizens increasingly demand a voice in cultural heritage matters. Accordingly, in many countries world-wide,  government agencies and heritage professionals are beginning to open up to the public. However, there is still very little research on concepts, tools and procedures for democratization in the heritage sector. This lack is one of the key issues addressed by the Heriland project. One of its major objectives is to develop and test an innovative set of concepts and skills for promoting co-creative heritage approaches. To that aim, Heriland has a series of laboratory contexts. One of these is that of the so-called Ecomuseo della Via Appia, or EVA, a grassroots participatory heritage initiative in the southern Italian region of Apulia.

EVA is a recent initiative of citizens of the Italian municipalities of Latiano and Mesagne (province of Brindisi), both located along the final stretch of the famous ancient road of the Via Appia. [i] It has been modeled after the most recent interpretations of the concept of ecomuseum. This concept has become popular from the 1970’s,  as part of an international trend, that questioned the authoritative roles of museums.[ii] Ecomuseums are not buildings with collections. Instead, they refer to a specific living environment and its inhabitants (e.g. villages, urban neighbourhoods or industrial peripheries); they are meant to promote community involvement in democratic decision-making processes about that living environment, in particular its heritage assets.[iii] Initially, ecomuseums were conceived from an essentialist perspective, as relatively closed socio-spatial entities. They were established especially in rural communities, because of the latter’s perceived social stability, traditionalism and shared, homogeneous history and heritage. However, ecomuseums, like other new museologies, are increasingly adopting pluralist and social constructivist attitudes towards heritage, community and landscape. The latter approach is also key to EVA; it approaches community and heritage as social processes of identity- and meaning-making and aims to include in these processes multiple and often contrasting stakeholder groups, from civil society institutions to individual citizens and from entrepreneurs to cultural and ethnic minorities. EVA stresses open dialogue as its principle tool, raising awareness of differences in heritage claims and related social tensions.

EVA has materialized its approach through a diverse set of inititiatives, e.g. bottom-up discussion and consultation meetings, co-creative planning and design workshops, school visits and exhibitions. This goes especially for the archaeological park of Muro Tenente[iv]. The masterplan for this 30 ha large park has recently been developed with citizen input[v]. The site provides space not only for visits of the archaeological remains, but also for low profile agriculture (mainly horticulture), sports (e.g. bicycle and walking tours, athletic games) and other recreational activities (story telling and music festivals); pluralism is acknowledged not only in heritage values but also in the use of the landscape. Above all, the site has become a forum for dialogue about values and uses, conceptualized as a piazza, the typical outdoor ‘living room’ of Italian towns, where a sense of community is created through the sharing and exchange of knowledge and ideas.

This inclusive approach has strongly contributed to the strengthening of local sensibility towards the site of Muro Tenente. People have started to identify with the historical landscape in a constructive way and are appropriating it as their legitimate heritage; a clear case of a heritage process of meaning making, or heritage making. Consequently, they are also taking up responsibility for the future of this landscape, together with the local authorities. Proof of this is that the initiative of setting up the archaeological park came from within the local communities themselves; it has been citizen pressure, through media campaigns, that has played a decisive role in the decision of the town councils of Mesagne and Latiano to acquire large parts of the site (30 ha). A sign of the success of this approach is that, with the consent of their citizens, these town councils have subsequently applied for EU funding in order to set up the archaeological park. Such projects now even constitute an issue in election campaigns and can therefore be seen as reflecting the sensibility of wider sections of the local population, without whose support they would never have been proposed in the first place.

[i] The EVA initiative was first launched by the Cooperativa Impact. From its start, the present author has been engaged as a counselor.

[v] The plan has been orchestrated by Arch. Francesco Baratti, commissioned by the Muro Tenente Scientific Board, composed of the municipalities of Mesagne and Latiano, the regional heritage board (Soprintendenza archeologia belle arti e paesaggio delle province di Brindisi e Lecce), and the universities of VU Amsterdam and Salento