Engaging the public in decolonizing heritage: The Golden Age revisited 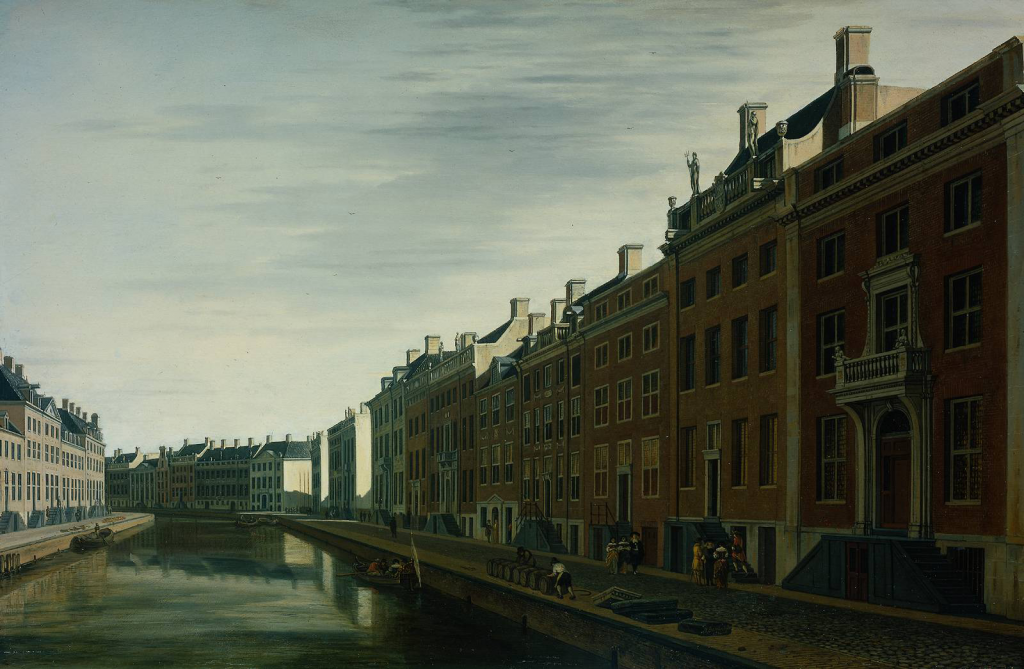 The Bend in the Herengracht in Amsterdam, painting by Gerrit Berckheyde (1672)

The city center and the canal ring area (today a UNESCO World Heritage Site) of Amsterdam (capital of the Netherlands) contain numerous historic monuments, churches, synagogues, commercial buildings and gabled houses. These notable monuments were mainly built in the 17th century, a period of great wealth for the Netherlands, known as the Dutch ‘Golden Age’. During the ‘Golden Age’, Amsterdam developed into one of the main ports for international trade in products, of which a significant part, such as sugar, cacao, coffee, cotton and tobacco, was produced in Latin America and the Caribbean, using enslaved labour force.

Yet, many locals and visitors are unaware of the fact that part of the economic prosperity of the 17th century is inextricably tied to the obscure history of slavery. Although the heritage of slavery is quite present in the city of Amsterdam, it deserves much more attention [1]. As we now know, the processing and distribution of commodities, facilitated by enslaved labour, resulted in massive investments in Dutch maritime enterprises, warehouses, factories, trading houses and banks. Many stately homes were built by those who made vast fortunes from the trade [2].

Some excellent initiatives that aim to bring this ‘hidden’ history to the attention of the public are the NiNsee [3], the unveiling of the National Slavery Monument in Oosterpark (2002), the Keti Koti Festival and, more recently, the Black Archives, the Mapping Slavery Project, the Black Heritage Tours and the Sites of Memory Project. In addition, the Amsterdam City Council recently decided to publicly apologize for the role of the city in the slave trade [4], and, after decades of advocacy from black communities and scholars, is planning to establish a slavery museum.

In and outside Europe, there have been sustained efforts to reframe the way in which slavery heritage is interpreted and presented to the public. For instance, cities such as Bordeaux, Nantes, Bristol, Liverpool and Lisbon organize walking tours along locations connected to their colonial and slave past. These initiatives are part of a broader effort to bring multiple perspectives on the past together in a discussion, which has led to an increasing number of calls for ‘decolonizing heritage’[5]

In recent decades, the ‘official heritage’ has been critized from many sides, in particular, from groups that felt their stories have not been told. In the Netherlands, this can be illustrated by the fierce debates over the use of the term ‘Golden Age’ [6] or the controversy surrounding ‘Black Pete’[7]. The concept of a ‘Golden Age’ is strongly linked to positive notions such as national pride and identity, but ignores the many negative sides of this period such as poverty, war, enslaved labour, slave trade. And even if many in the Netherlands defend the ‘Black Pete’ character as a harmless tradition, a growing number of people considers it a racist stereotype and offensive.

Of course, shedding light on these ‘hidden’ histories and criticizing the ‘official’ heritage discourse are important steps, but there is more. Decolonizing heritage is about engaging the public in discussions about the past and reflecting about its legacies in the present. It is about sharing power and knowledge with communities, it is about rethinking our own position in the world, and about having the right tools to do so. Decolonizing is work in progress, requiring much more efforts ‘from above’ and ‘from below’ to make heritage more representative of our past, present and future.

Notes
[1] For an overview of research on slavery heritage in The Netherlands and Europe see Hondius, D. (2014). Mapping Urban European Histories of Slavery: New developments in historical Research, Commemoration, and Heritage. WerkstattGeschichte (Themenheft “Europas Sklaven”) 66/67, pp 135–48
[2] See the Amsterdam Slavery Heritage Guide
[3] The National Institute for the Study of Dutch Slavery and its Legacy (NiNsee) is a research and educational centre focussing on strengthening the country’s discourse on racism, slavery, and post-colonialism.
[4] Stack, L. (2020). Amsterdam Considers Apology for Slavery in former Colony, The New York Times
[5] The concept of ‘decolonization’ is used here to refer to critiques of hegemonic narratives about identity, national glory, and heritage, based on the ideology of colonialism. For a broader discussion on the term see Mbembe, A. J. (2015). Decolonising Knowledge and the Question of the Archive. Johannesburg (SA): Public Wits Institute for Social and Economic Research (WISER)
[6] Boffey, D. (2019). End of Golden Age: Dutch museum bans term from exhibits, The Guardian.
[7] For an account of the Black Pete controversy see Wagenaar, F. P. & Rodenberg, J. (2018). Acting in a national play: Governmental roles during the Zwarte Piet contestation. In J. Rodenberg, & P. Wagenaar (eds.), Cultural Contestation: Heritage, Identity and the Role of Government  (Palgrave Studies in Cultural Heritage and Conflict), Cham: Palgrave McMillan, pp 283-314