Urban Planning in times of COVID-19 – Resilience and inclusiveness 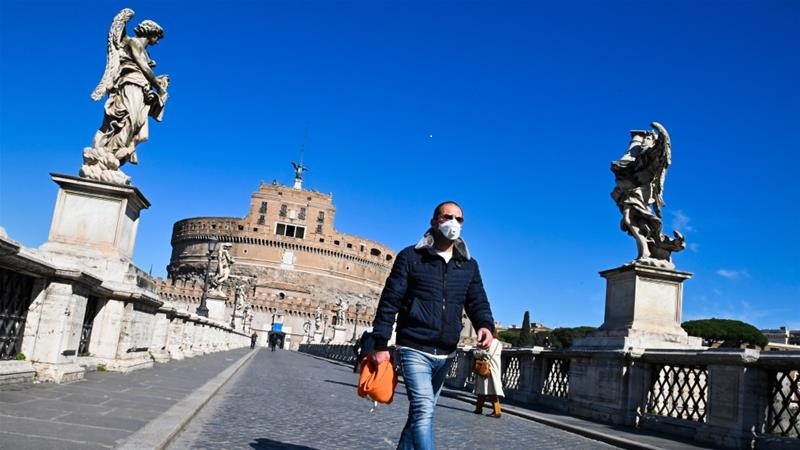 The world is facing unprecedented challenges due to the COVID-19 outbreak identified in Wuhan, Hubei, China, in December 2019. The current crisis is an opportunity to reflect on how cities are being planned and managed and brings concepts such as resilience to the top priorities.

Resilience as defined by the United Nations Office for Disaster Risk Reduction “means the ability of a system, community or society exposed to hazards to resist, absorb, accommodate to and recover from the effects of the hazard in a timely and efficient manner, including through the preservation and restoration of its essential basic structures and functions.”

The major efforts by the UNDRR to make our cities resilient have focused on the concept of urban resilience mainly related to climate change adaptation and disaster management, leaving wider sustainability challenges aside. The UN Sustainable Development Goals 9 and 11 explicitly identify the role of resilience, while the New Urban Agenda devotes a specific section on “environmentally sustainable and resilient urban development”. However, scholars have a different definition of resilience, separating “general resilience” as the capacity of the system to withstand shocks and stresses while retaining system properties, from “specific resilience” as the system’s capacity to cope with a determinate shock or stressor (Carpenter et al. 2001). The targets and indicators have addressed the quantitative component but there is a gap in the qualitative input and the need to provide better guidance. This may include the reframing of the term to include unsustainable urban metabolism patterns, social inequalities (Chelleri et al. 2015) and other human hazards, such as pandemics, in order to be prepared for the upcoming events.

For this matter, embracing culture as an essential component for resilience, being a brace to the spheres of sustainability, becomes relevant. We find both, the culture of resilience and the resilience of culture providing broader perspectives for cities, citizens and their heritage that can be applied globally. Resilience must be seen as an integrative process with the social, environmental and economic components meeting the challenges of social inclusion, the digital revolution and sustainable development (Turner 2015). This was addressed in the joint UNESCO-World Bank research on Culture – as the “X Factor” for Building Back Better after Conflict and Disasters.  The mantra of Building Back Better needs to be all encompassing.

How is this translated into urban planning?

Taking the experience in China during the Corona Virus outbreak as a reference, we can understand some of the urban function-spatial problems included during an epidemic (Kyoung Yeo 2010):

This case reflects how resilience may be provided by diversity, natural redundancy, ambiguity and the dynamic activities of creativity, experimentation and improvisation. It provides resilience guidance, highlighting the importance of providing redundant services: multiple areas and buildings for diverse functions scattered all over, and an environment that enhances creativity, allowing the citizens to transform and adapt it to their needs (DESURBS 2016). The reality shows how in most cases these provisions are not implemented due to their higher maintenance and on the contrary, the public over the private space is prioritized, demonstrating the prevailing of economic parameters. This mindset backfires in the long term when a crisis strikes, leaving cities and citizens powerless, and their capacities to overcome the difficulties reduced. More importantly, the human and resource effort needed to respond and recover from the crisis will exponentially increase if no prevention measures are in place. Diversity of reactive policies and response strategies in containment and management of the disaster and their application is essential for resilience, in this case merging the ’herd immunity’ with state intervention.

Identifying the urban function-spatial problem attributes and overlaying them together with cultural resource mapping is likely to create a better understanding as to how the culture of resilience and the resilience of culture may work together. This will provide better data for managing disaster in identifying high risk populations together with the community facilities that may provide the necessary support.

Taking the COVID-19 crisis as an example, on the one hand, the identified vulnerable groups are the elder, people with serious underlying medical conditions and people with chronic or respiratory disease. On the other, the urban function-spatial issues are the aforementioned. How could the city be prepared and respond to it in a more effective way? Following the previous recommendations (problem attributes overlaid with cultural mapping), a possible way forward could be the following:

Altogether, these steps help with the identification of risk areas and existing capacities, providing a solid baseline when designing the response and contingency plan. Moreover, if a wider range of risks were taken into consideration and combined in a matrix, disaster planification could be more effective as some assets and attributes are common to more than one risk (open areas are essential in case of an earthquake and during a pandemic). At the urban scale, this approach may challenge the compact city and its 24/7 life-style, recalling the social agenda of Le Corbusier in the wake of the urban health of Paris after the Great War.

Are we witnessing a paradigm shift where the city as we know needs to be redefined to address the upcoming risks and challenges? Are our cities and institutions prepared for a future outbreak or crisis? This situation is calling for further reflection on the city’s design, cultural values and capacities, and the way these can be a liability or an opportunity in times of crisis. Let’s benefit from the current state of uncertainty to rethink and redefine our cities.