Around notions of place and place-making; the author, locked-in her homeplace 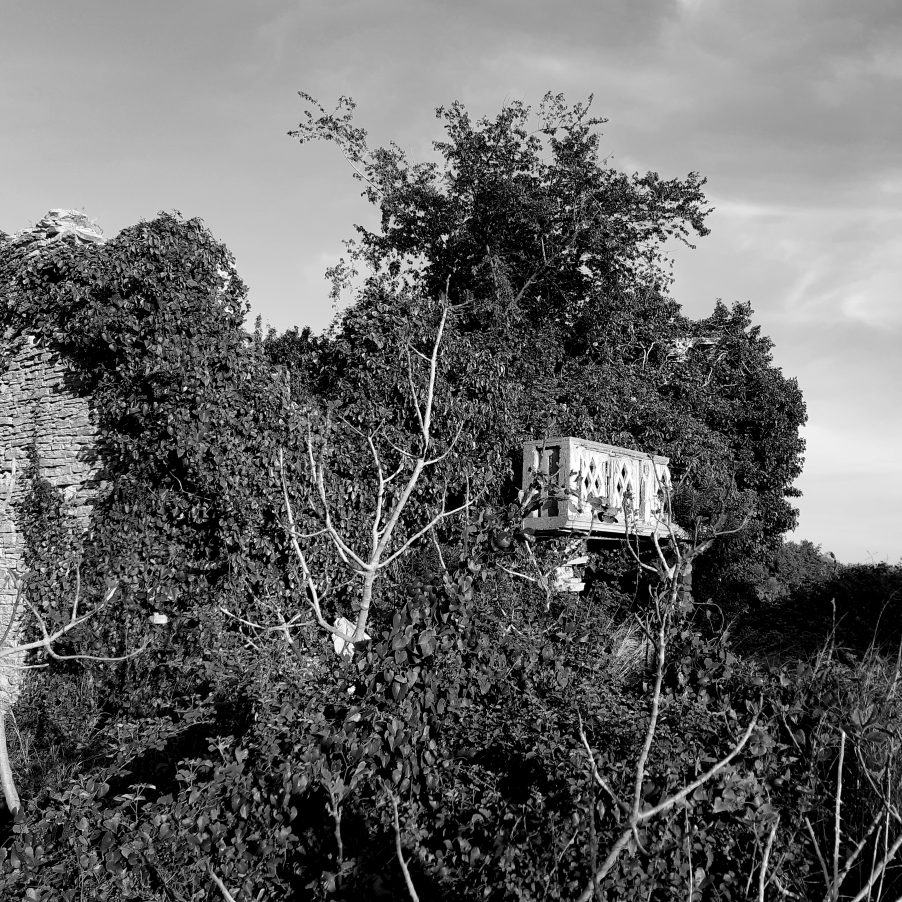 This story revolves around the easiest and yet the toughest of topics- my homeplace. It weaves together cultural and natural histories of the area, insights from my readings, and my own experiences as an actor wandering around in the landscape and initiating dialogues with its dwellers. I thus attempt to conceptualize place and place-making in a specific time-space conjuncture; also, to encourage others to reflect their surroundings in a similar way, and to imagine forms of action by embracing ordinary stories and local knowledges.

One year ago, when I started taking notes for this essay, our life had just changed. I use the world our here, not without the usual hesitation against appropriations and generalizations with claims to a collective we. I believe, though, that the events and transitions that started in March 2020 allowed a brief constitution of this collective subject: virtually everyone was affected, albeit in much different degrees, by fear of the unknown, pain, restrictions, isolation. Nations reclaimed almost ubiquitously their authority, as strict regulations took effect. Flights were abruptly cancelled, and many of us found ourselves in the unprecedented condition of being frozen in place. In many areas, there was but a small window to this isolation: the opportunity to go out for a walk.

I spent that period of that first lockdown in the village where I grew up, and took long walks in the surrounding settlements and the countryside. Located on the eastern coast of Greece and facing the Aegean sea, my homeplace is part of a big island that has been long connected to the mainland. Being in a state of reflection around concepts of heritage and place, in a few weeks I learned and understood more about the local landscape and its memories than I had in years. I soon noticed that I was not alone in this process. My friends in cities also strolled around in creative routes, discovering places they considered beautiful or interesting. This period, in a sense, marked the emergence of a new tourism paradigm, one that celebrates the heritages of everyday places.[1] Through walking in the city and in the landscape, we learned to interrogate it, and read its stories.

Anna Tsing writes that landscapes are not backdrops for historical action; they are themselves active.[2] And indeed, in the pointy peak of our local, small, inactive volcano, I saw the geological history of this once fluid site joining worlds with the material realities of people’s pasts (Fig. 6). The existence of a volcano means that the subsoil is rich. A lignite extraction company, operating in the area from the mid-19th to the mid-20th century, contributed to the economic flourishing of the area before the war. The company constructed extensive tunnels, train tracks, and industrial equipment, which are now left to excite the visitor of various inaccessible places (Fig. 2, 3).[3] A small settlement with stone houses was abandoned when the company withdrew from the area, and soon collapsed, as tunnels caused erosion of the hillside where it was located (Fig. 1). Along with my walks, places that were remote and unrelated in my memory and spatial perception, suddenly fell together as pieces of the same story. A network of causal effects appeared around seemingly heterogeneous objects. And the objects and material landscapes revealed themselves as initiators of stories.

The volcano, the abandoned industrial infrastructure, the collapsed village, and all the threads that connect them, can be seen as an assemblage. This concept, initially developed within social sciences, is becoming influential in urban history and heritage studies.  Heritage scholar Rodney Harrison suggests that heritage as a process of meaning making and engagement can be mapped in the ways each thing affects others in assemblages of relationships.

But the assemblage is of course not confined by geographical boundaries. It was the commercially important geographical location of the area, and its big natural port, that ensured the success of the lignite extraction company: the still-standing unloading infrastructure of the aerial cableway in the edge of the port remains our most recognizable landmark.

And this is just one of the stories that proves the constitutive role that the sea played in the form and history of this place. Today, small places in the Greek countryside are often seen as left behind, peripheral areas. However, in the not-so-remote past, the area was prospering thanks to its position in marine networks. Almost all families have a genealogy of sailors, and mine is not excluded. Kenneth Olwig, in his text ‘Are islanders insular?’ discusses exactly this paradox of looking at certain islandic and coastal areas as isolated, often overseeing the fact that local people come from generations of travelers, and that places themselves have been nodes in multiple networks. [4] Indeed, I never met anyone with a deeper geographical knowledge than my grandmother. Through the travels of her father and brothers, she acquired an indirect experience of the most remote places.

This nautical genealogy is now significantly decelerated. But the plurality of outwards-looking stories allows to perceive place not as static, but as dynamic and constituted by flows. Doreen Massey has beautifully described this as ‘the global sense of place’: the consciousness of the links that a place holds with the outer world. In this setting, what gives a place its specificity is not some long internalized history but the fact that it is constructed out of a particular constellation of social relations, meeting and weaving together at a particular locus. [5]

Fig. 4: Panoramic view of the port of Kymi: The sea as a connecting surface.[6] Source: Author

Today, along with many places in the Greek countryside, the area faces challenges of abandonment and exploitation. Among the pressing issues, I mention the decay of essential infrastructure— including a collapsing road network, the recent top-down decision for the sitting of gigantic wind turbines, and a wider lack of an integrated landscape approach that would enhance past stories and would create sustainable futures.

These failures can be seen as outcomes of broken communications between local, national, and transnational apparati. Local actors often feel powerless, as decisions about their living spaces seem to be taken in a top-down way that does not include them. This opens the ground for discussions on community, locality, and place-making, and makes us wonder what acts can prove truly impactful in such a setting. To claim that local communities are not being heard might be a simplistic interpretation. Emma Waterton and Laurajane Smith show how the notion of community as a homogeneous entity has been largely romanticized, and often fails to capture the complex configuration or conflicting interests of participating actors.[7] Instead, it might be useful to look at forms of action based on the two conceptualizations of place that I discussed above: as assemblage and as constellation. Assemblage reminds to look for chains of relationships between seemingly unrelated actors, sites, and events, and to aim forward integrative and collaborating approaches. Constellation shows how ‘allies’ can be found elsewhere too, beyond the confines of place; as Arjun Appadurai writes, “the power relations that affect the production of locality are inherently trans-local.[8]

The extensive state of lockdowns means that a significant part of life is now lived in the internet—simplistically, what sociologist Manuel Castells called the space of flows. At the same time, as regulations stick on, Castell’s counter-concept, the space of places, seems to be also entertaining an unusual power.[9] Indeed, we live in a peculiar combination of deterritorialization of activities and extreme geographical situatedness. But physically being in place does not necessarily contribute to the making of place. Place-making requires more than ‘reading’ landscape stories. It needs to activate the realm of practice. It dictates that the subject, consciously or not, joins in the assemblage. As Tsing et al. urge us, we must ‘open our analysis to practical ways of learning what is out there: the past and the present around us.[10] Non-human and human actors, things, landscapes, are not without agency. Observers, researchers, locals in the wide sense, operating in the fringe between the space of flows and the space of places, need to perceive ourselves as producers of locality, as actors that can affect the configuration of the assemblage, as vectors that change the constellation of place.

[4] Olwig, K. (2019). “Are islanders insular? Drawing on personal experience as an islander”, in The meanings of landscape: Essays on place, space, environment and justice.

[8] Appadurai, A. (1995) “The production of locality” in Fardon, R. (ed), Counterworks: managing the diversity of knowledge. London and New York: Routledge