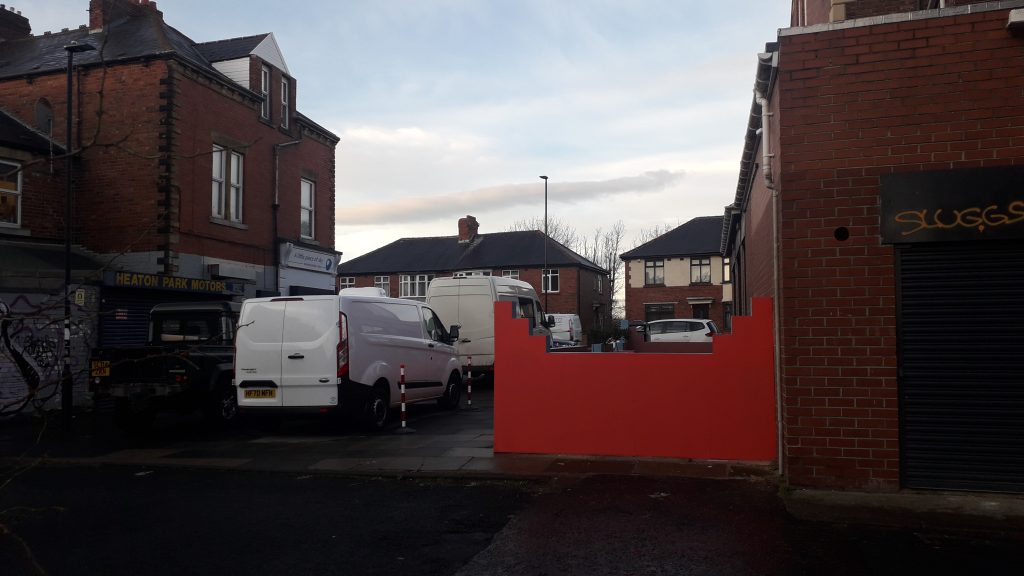 The concept that the anthropogenic environment expresses the social-economic and political organization of societies is not new.  Particularly in post-modern times, it has become common to try reading the environment as a text which tells us of the interplay of social-economic and political processes in their formation and transformation.  These processes, that branch out and change scale – from global systems down to places and individuals, from modes of production to the systems of meanings and values – have inspired a great diversity of intellectual work in various fields. Some of these lead us to intriguing explorations of what a “sane society” is, how individuals submit to power, how are meanings and values constructed. While these intellectual achievements lay bare the workings of our societies, a strange acceptance creeps in. Contrary to the famous quote from Marie Skłodowska-Curie,

“Nothing in life is to be feared, it is only to be understood. Now is the time to understand more, so that we may fear less.”

in the post-modern realm, understanding seems to generate anxiety and fear whether it is in social or environmental domains. In the bizarre post-truth world, we live in, it looks as if better knowledge leads to more confusion, distress, and nihilism. Here, in the limbo facing an uncertain future, identity and the “self” have become a new religion. The more uncertain the future, the busier we are with our “self”, partaking in the never-ending spectacle, that incorporates and appropriates intellectual achievements into ever more versatile strategies for re-creating and maintaining existing power patterns.

One of my research participants admitted that there is a lot of privilege that comes with having the education and the ability and skill to fight for a good cause. It is indeed a thought-provoking remark. How do we use that privilege? How do we resist fear while understanding more? Is it that through passionate debates and dedicated writing we drain ourselves from the transformative power to bring about changes? What kind of changes and what kind of progress?

What makes these reflections particularly relevant but daunting is the omnipresence of the same questions across all boundaries and all countries. The issues of our concerns in the so-called “developing” world are no less common in the “developed” one. Legal and illegal appropriation of public space is one example. The national and local governments commonly privatize recourses with an excuse to fill public budgets and tighten public spending to the ever-shrinking minimum. It is also not uncommon for them to turn a blind eye to the private occupation of public spaces, even where the public interest is undermined. In these situations, the level of “development” of the country can be assessed by the level of sophistication of procedures and networks which wrap such anti-public actions into a neat labyrinth of guidelines, consultations, and directives.

The respondents of my research interviews talk about the difficulty of finding their way in the labyrinth of governance arrangements. The feeling of frustration and distrust is overwhelming, particularly when it comes to formal ways of communication and participation in decision-making. Many of the former functions of government have got outsourced to semi-public agencies or private and non-profit actors, which act on behalf of the government and provide various community services. Such a diffused governance system is difficult to cope with. Different actors are responsible only for an aspect of the whole issue, and, for an ordinary citizen, it takes a lot of courage, time and perseverance to pull all necessary actors and resources together in an attempt to resolve a simple issue. In the best case, it takes a long time and a titanic effort or some personal connections to get the problem, or part of it resolved.  While the process may drag on for years, over time the passion and energy for an issue are being exhausted. Commonly, people are well aware that this is what the government, whatever level, looks forward to: that the enthusiasm of a bottom-up action just “fizzles out”.

It did not take me long to find a way to verify such opinions through personal engagement in a specific case. A sidewalk blocked off nearly overnight with a terrace enclosure for a brand-new milk bar on a local high street turned out to be the perfect occasion to step in the web of the local government arrangements and regulations. It took me some time to discover that the enclosure was built without planning permission. As an illegal intrusion in the public space, it should not have had a chance to survive long, I naively thought, especially if the formal complaints would be timely submitted. About six months of repeated calls and e-mails to the local council yielded only the retrospective submission of the planning application, instead of immediate suspension of the illegal action. At the next stage, after the submission through the council’s planning portal of lengthy arguments against the application in question, the planning committee has finally refused the permit for the enclosure. However, to my great dismay, I found out this was not the happy ending of my journey to justice and that the enforcement of the committee’s decision was still another, higher and steeper mountain to climb. So here am I, past two months of my one-way communication with the Enforcement Department and the local councilor, dumbed by the absurdity of the situation, feeling my enthusiasm is “fizzling out”. Ironically, the informal “settlement” of the case seems to be the fresh red-blue paint applied to the enclosure and the road dividers to allow pedestrian passage between the enclosure and cars. These are the miserable but smart responses to the planning committee’s arguments for rejection of the application: aesthetic harmonization with the local historic neighborhood and safety of pedestrians.

I’ve limited the story without describing details and the place, as it may have happened anywhere in the world. I am by no means generalizing, but only presenting the case as food for thought. I shall leave it to you to “read” what this case tells about the social-economic and political organization of a society; or what does it say about the privilege to be educated or skilled, or a transformative power to change? At the same time, to wrap up on an optimistic note, I turn back to my research participants again: despite the overall pessimistic feeling, still, people understand the pressing need to stay active, even if it does not always bring improvements. There are numerous examples of how perseverance and joined-up action did bring about the long-awaited positive changes, small or big, but important for people to live and enjoy their neighborhoods, landscapes, environment and keep believing in a better future.