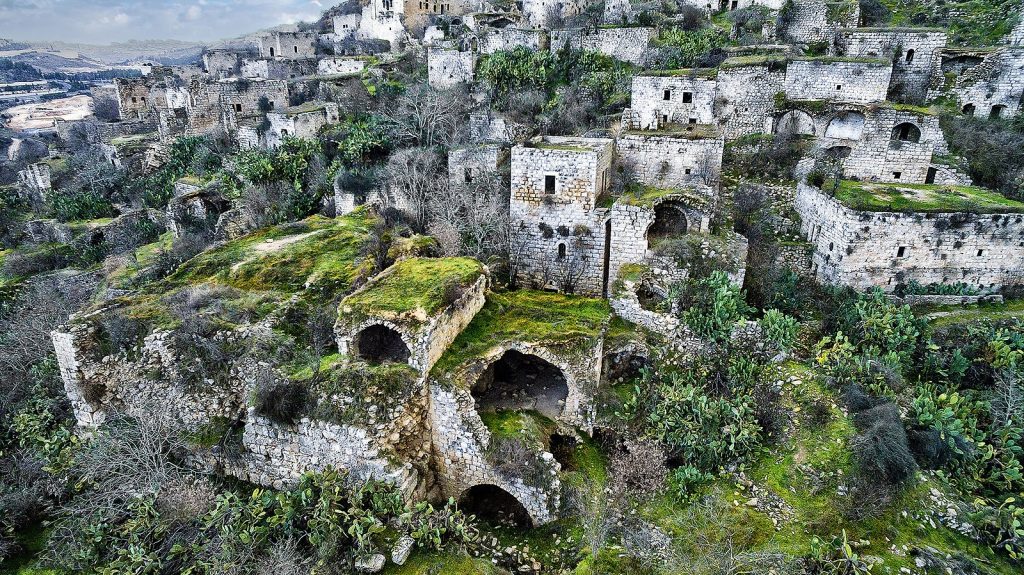 The Heriland team in Newcastle were very pleased recently to welcome two new members to our university: Tinatin Meparishvili, transferring to us for the second half of her Heriland doctorate study, and Farnaz Faraji, a wholly new member of the Heriland team, our newest ESR. Born in north-western Iran, Farnaz trained as an architect and conservationist in Tabriz and Tehran Universities, and has already worked for several years in NGOs and local government. She will be working for the remainder of the programme as a Research Assistant, mainly within the third working theme of Digital Transformations, guided by VUA and thus creating new inter-university connections. Her research is targeted on the use of big data, including through citizen science, for collaborative, heritage-based planning of city development. The relatively recent expansion and increased accessibility of digital datasets offers great opportunities to appreciate and share how heritage and landscape processes arise from, broaden, and capitalise on citizen appreciation of their environments. This is more than an academic exercise, but rather a direct and we hope influential contribution to all the major issues and challenges facing European and global society. For this reason, the Heriland research that Farnaz will help with is explicitly in our programme linked to the UN Sustainable Development Goals, in her case notably SDG 11 concerned with the development and strengthening of Sustainable Cities and Communities.

Farnaz joined Heriland just in time to participate in our virtual masterclass ‘in’ Jerusalem, on which more later. As we begin to emerge properly if perhaps anxiously from the global pandemic, we can look back at its impact on programmes such as Heriland.  By design, a large part of our ambitions were related to transnational, inter-disciplinary and multi-university exchanges, and to working with civil society and partners both within government and non-governmental, so the pandemic’s constraints have hit our original plans particularly hard. Our intention of helping fifteen researchers (not to mention their supervisors and colleagues) to knit together into a proto-Heritage College had assumed frequent meetings, workshops, gathering, secondments, internships and the like, almost all of which have been rendered impossible so far. But if our ESRs have learnt anything from the past year, it is resilience. Only recently-arrived in new countries and in unfamiliar universities when ‘lockdown’ struck, our young researchers have nevertheless found ways during these past 18 months or so to persist with their research projects, adapting to new situations and finding alternative approaches.

All the Heriland masterclasses planned for 2020 and 2021 in Gothenburg, Newcastle, Jerusalem and Amsterdam have so far been carried out in the Zoomscape instead, and it is interesting how our acclimatisation to a digital landscape is giving increased salience to the Programme’s third underpinning, cross sectoral research theme, WP3, Digital Transformations. But who can argue that our stronger emphasis on virtual and digital landscapes does not also impact on our other research themes?  Our first WP1, the Spatial Turn was already predicated on digital datasets, but in  WP2, Democratisation and WP4, Shifting Demographics / Contested Identities, anecdotes now abound of how Zoom has given wider democratic access to seminars, lectures and information previously restricted to those able to attend physical meetings; furthermore, there is likely to be no ‘going back’, and audiences will remain much wider than they have traditionally been. The ‘Changing Environments’ of our WP5 theme can no longer be thought of purely in terms of physical environments nor of physical change, but as landscapes (heritage’s partner in the Heriland concept), a matter of perception, representation, symbolism and relationships as much as of materiality. Digital, virtual, distant access also brings new meanings to the old question ‘whose heritage’. The voices of those physically distanced from a heritage site or a landscape are likely to be heard more, which might challenge how in future we listen to the ‘local’ communities that heritage practice in recent decades has tried to privilege.  The lost landscapes of childhood for example, for those who have moved around the world, whether willingly or not, are again being brought close, and new ideas of ownership and belonging are possible. This is surely a theme that we will need to meet head-on as discussion of diaspora and migration become ever more pressing in a climate-changing, socially-unequal and geopolitically unstable world.

Many of these themes were present in our most recent masterclass, for the Shifting Demographies and Contested Identities strand. This was an event superbly organised by our consortium partners in Israel, the Bezalel Academy, and their numerous colleagues and partners in and around Jerusalem. It was on Zoom of course, but so ‘present’ were the issues and discussions that at times we almost forgot that this was a virtual meeting. The case study for the class, was the landscape of Lifta, a Medieval, Ottoman and Palestinian village on the very edge of present-day Jerusalem, that was depopulated by war in 1948 – and crucially, for its present-day heritage identity, was never reoccupied so that it survives as well-preserved ruins, a village martyr as the French might say, and a lieu de memoire in perhaps the most literal sense.

But whose memories, or more precisely which memories?  And just as importantly, whose future, or (to use the concept found in the Florence Convention, the Council of Europe’s Landscape Convention) whose aspirations for the future quality and value of the landscape? Difficult to imagine a case study more freighted with dissonance, disagreement or distrust as well as with opportunities, and for our role-playing and academic masterclass its resonance was completed by current real-life proposals and counter proposals for its redevelopment: new housing (for the wealthy or the poor?), nature reserve, tourist site, all or none of those? With help (through Zoom, of course) from many of the actors in the current debates about Lifta, and from keynote lecturers beaming in from various parts of the world, the Heriland ESRs  dissected and reassembled the issues, following the various pathways that leading into some of the world’s great challenges, notably in terms of social justice, economic equality, power imbalances, citizen participation and democratic access, indeed almost all the UN’s 17 SDGs. The vehicles in which the masterclass travelled those pathways were the core Heriland values of heritage and landscape, but heritage and landscape as challenges, analytical tools, unifying and/or dividing forces … and solutions.