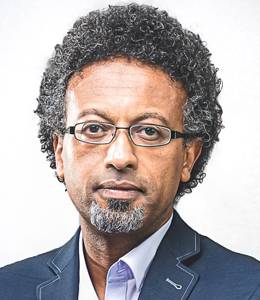 Sennay  Ghebreab is a Professor of Socially-Intelligent AI and Scientific Director of the Civic AI Lab. The lab, a collaboration between the Ministry of Interior Affairs, the City of Amsterdam, the Vrije Universiteit Amsterdam and the University of Amsterdam, develops AI technology to increase equal opportunity in the fields of education, welfare, environment, mobility and health.

He has sought to bridge the gaps between 1) scientific fields, 2) research and education, and 3) science and society since the beginning of my professional career. Exploring in-between spaces and choosing less-travelled roads gives me a lot of pleasure and teaches me a lot. This is why he avoids the academic culture of publish-or-perish and supports innovative reward and recognition systems focusing on cooperation rather than competition.

Fundamental transformations are taking place in the Netherlands, in Europe, and throughout the rest of the world, culturally, socially, economically, politically and technologically. There is uncertainty about the societies we live in as a result of these transformations. In this talk, I contend that in order to comprehend fundamental transformations in society and to direct these transformations toward desired societies, it is helpful to 1) envision various future scenarios, 2) see the present as a “in-between” period during which major transformations are taking place, and 3) use this period as a window of opportunity to redefine and reframe – in the context of and under the influence of (AI) technology – traditional philosophical notions such as ethics, fairness, equity.