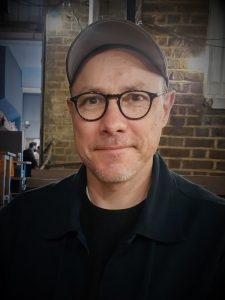 Rodney Harrison is Professor of Heritage Studies at the UCL Institute of Archaeology, University College London. His current research is concerned with the role of different forms of natural and cultural heritage conservation as future-making practices in the Anthropocene, and the future role of heritage and museums in the context of Black Lives Matter, the extinction crisis and the climate emergency.

How can cultural institutions such as heritage sites, museums and galleries be reimagined to support radical forms of climate action and environmental justice? This talk draws on several recent international collaborative research projects which aim to address the role of heritage organisations in supporting action for climate and in realising more sustainable futures. These projects have been characterised by collaborative partnerships with heritage sector organisations and other actors which have sought to intervene not only critically, but also practically in the role of natural and cultural heritage preservation within the climate and extinction crises. They have done so by engaging organisations and the public as co-researchers in the research process and in aiming to rethink the conscious practical role of heritage in building distinctive future worlds.